Like I mentioned in an earlier super feeds post, I finally got around to seeing the value of friendfeed – it ties together all these different social services such as delicious.com, blogs, twitter, facebook, etc. into one combined feed. I even tried out some services friendfeed supports I had not heard of before, too, such as goodreads for sharing what you are reading. Friendfeed also has tools to selectively forward your friendfeed activity to twitter, and instant message you when new stuff appears on your ‘friends’ friendfeeds.

Below are some of the social service sites I’ve been using:

Some things missing from the list that haven’t been very useful to me professionally – wikis (wikiversity/wikipedia/citizen..), ning (I’m on quite a few nings but haven’t really gotten into any of them), facebook (walled garden more for sharing informal stuff with friends), news sites like digg/reddit/newsvine. I started
http://ed-tech.newsvine.com/ but it never took off.

How do I tie it all together to follow all this and everyone else? I’ve got it down to just 2 tools – google reader to follow blogs, and pidgin, a free open source instant messaging client to follow twitter, identi.ca, friendfeed and google talk, and IRC (I usually keep some irc channels open when I’m developing like #drupal-support, #scala, #ubuntu etc.).

What are my thoughts on twitter? I have some misgivings signing back up for it, but really when I thought about it, they were the same issues I’ve had with virtually all social networking tools I’ve used – I tend to personally get out of it less than I put into it. But really that’s true of blogging and bookmarking and writing and so forth too, and it doesn’t bother me. I like contributing even if it’s mainly anonymous readers or google searchers who might actually use it (like those trying to figure out how to use R in Ubuntu or set up a server or learn about discovery learning). I’ve written before about Google as your blog audience. And as I’ve said once before, if it’s not on Google, it doesn’t exist 🙂 Right now though, most of twitter is not on Google, and even with 100 followers already links don’t really generate traffic, but you can search twitter itself to see what the current buzz is for various topics. I used tweetgrid for example to create a control panel searching multiple topics & tools that interest me.
And one other thing nice about twitter that is also nice about blog reading – you can turn it off, ignore things for days if you want, or unsubscribe from people/blogs who are clogging your reader or twitter feed, it doesn’t matter. So you don’t really get overloaded like with email, which constantly piles up if you ignore it for even one day. 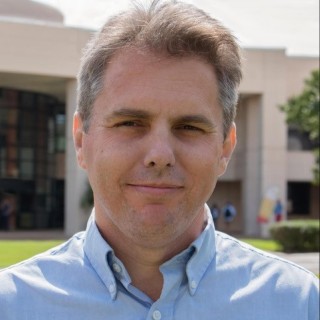